Movie Magic Made Easy with VersaCAMM 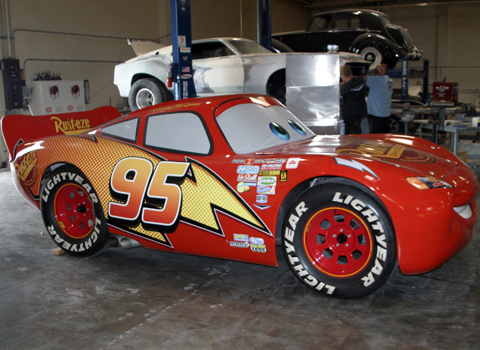 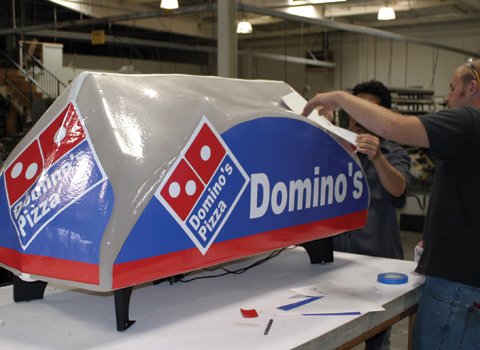 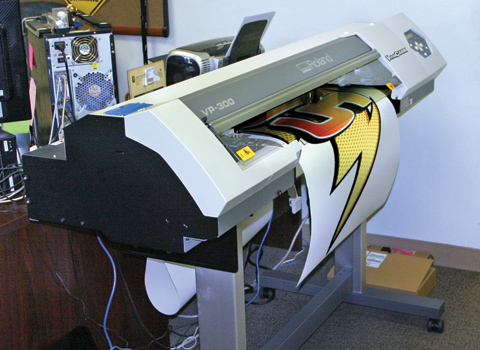 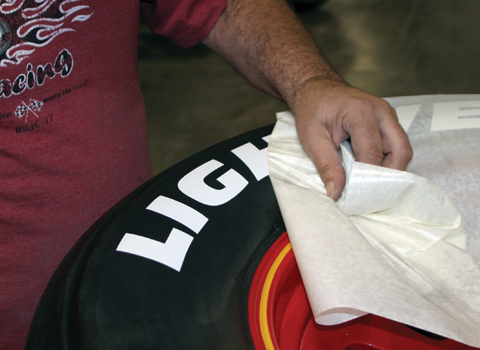 Eddie Paul, president of E.P. Industries, Inc., is used to producing extraordinary results in a very short amount of time. He and his company specialize in leading edge, high tech design and have engineered systems for the U.S. military as well as for pure entertainment.

A Hollywood industry icon, Eddie has produced vehicles for many famous movies and television series, including Grease, E.T., The Dukes of Hazzard, and The Fast and the Furious. Eddie and his team begin from the ground up, constructing and restyling vehicles to the specifications of the movie and television production companies they serve. When he got the call from Disney to revamp the showcase cars he’d made to promote Pixar’s movie, Cars, Eddie placed a call of his own – to Roland’s headquarters.

“I’ve always outsourced my vinyl work, but this job was too important to risk delays or inferior workmanship,” said Eddie. “Typically, we would send the production and installation of vinyl graphics to someone who’s qualified, but the good shops are really busy and a lot of times our deadlines just can’t wait.”

“I set up my VersaCAMM and then spent that evening, when the shop was quiet, just playing with it,” Eddie said. “The next day, I was totally comfortable with the machine.”

“I set up my VersaCAMM and then spent that evening, when the shop was quiet, just playing with it,” Eddie said. “The next day, I was totally comfortable with the machine.”

This wasn’t the first time Eddie had been asked to retouch the Disney Pixar Cars. He was the original designer and builder for three of the cars from the movie: Lightning, Mater and Sally. In addition, he created replicas of Mater and Lightning for ongoing use by the World of Wheels car show.

Originally, the cars Eddie built for Pixar promotions were only supposed to be on the road for about three months – and only in the U.S. Instead they’ve been traveling all over the U.S. for several years, and are currently traveling to more than 20 countries. They periodically come in for touch-ups – which need to be completed quickly and accurately, each time, under very tight deadlines.

“Originally, we built the cars from the ground up, and these were three separate styles of build,” said Eddie. “Sally was built from a real Porsche – which we shortened 12 inches. Lightning started out as a ‘79 Trans Am, again stripped, shortened, and rebuilt with a new engine, a new transmission, and a new front cab out made from plastic. Mater started as a ‘71 Chevy truck that was again shortened 48 inches.”

Their subsequent transformation into the movie’s main characters is a tribute to EP Industries’ artistry and technical expertise. Now with the VersaCAMM, EP Industries is equipped to finish each of its masterpieces in-house with custom vehicle graphics and wraps.

“One of the most painstaking issues with the Pixar cars had been the creation and retouching of the lettering on Lightning’s tires,” said Eddie. “Those are the only set of tires like that in the world, made by Goodyear just for this car.”

According to Eddie, the original tires were designed to feature a special ‘Lightyear’ logo on their sides. This lettering was originally applied and has been retouched several times using a special paint formulated for use on tires. “For the lettering, we originally searched internationally for the right paint to bond with the surface of the tires and provide the print quality and durability needed to finish the car,” said Eddie. “We finally found one company that produces a suitable product – in Iceland.”

While painting ultimately produced the results Eddie wanted, it was a very time consuming process. “With the paint, we had to apply one coat, wait 24 hours, apply a second coat – and repeat the process eight times,” said Eddie. “That’s a long time to wait, and because of this delay I decided to use vinyl for the lettering and hope it lasted, and to my surprise, and it did!”

This time around, Lightning’s tire lettering, along with all the decals and other vehicle graphics for the cars were produced and installed in-house within hours using Eddie’s new VersaCAMM. Eddie said, “I was amazed at the simplicity of this workflow. I’d never touched vinyl before, and had never installed it either. I’d done a little work with Illustrator for Disney Pixar, so I used Illustrator to bring the designs into VersaWorks. VersaWorks was easy to figure out - the manuals were great.”

On the day the Pixar cars arrived at his shop for retouching, Eddie was also asked to do an emergency rush job for Dominos Pizza. The company’s ad department needed a Dominos car topper installed on a Brinks armored pizza delivery truck for a commercial shoot – immediately. This scaled-up 5-foot topper required large, color-matched Dominos logos.

“We relied on the Roland Color matching system in VersaWorks to accurately reproduce Dominos’ corporate colors, sent the file to the VersaCAMM, and again within hours, had finished printed and contour cut vinyl graphics,” said Eddie. “We completed the installation the same day and the car topper turned out great. Dominos was very happy with the results.”

“The Roland equipment has been incredible so far,” said Eddie. “It’s so easy to use. The cost savings are significant as well: it used to cost us around $10,000 to outsource a graphics job like the Pixar touch-ups. Our cost basis now is a fraction of that and we met both our Pixar and Dominos deadlines handily.”

“When we have a deadline, it is an absolute, drop dead deadline so we have to be sure we have backup systems for all our equipment in case something breaks in the middle of the night,” said Eddie. “With the Roland, I feel comfortable without a backup. It’s a very well engineered machine. I just keep some extra ink cartridges on hand.”

“Besides being critical to our work, the VersaCAMM is fun to operate,” said Eddie. “In fact, it is sitting in my office right next to my desk. I don’t want anyone else using it.”