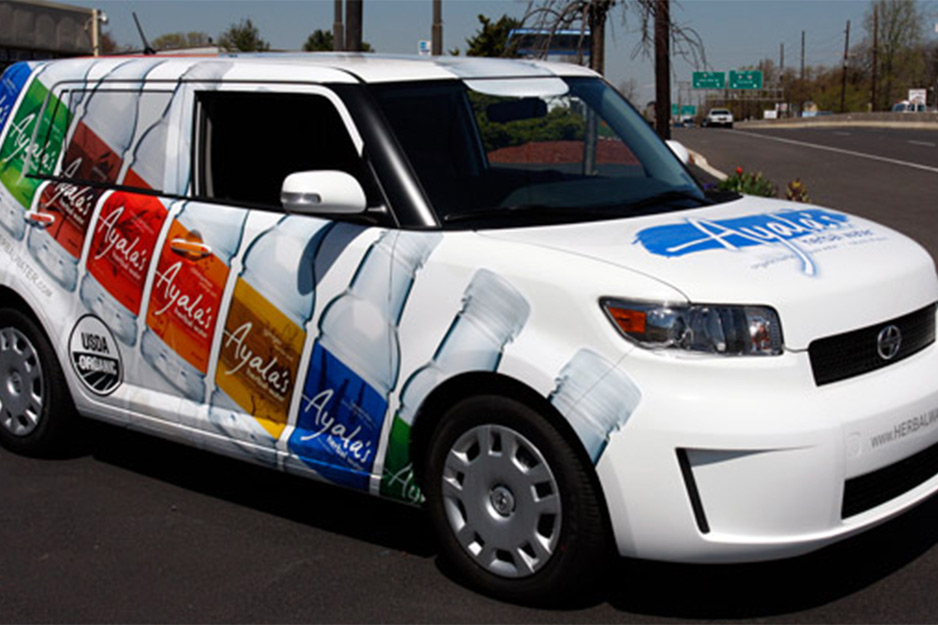 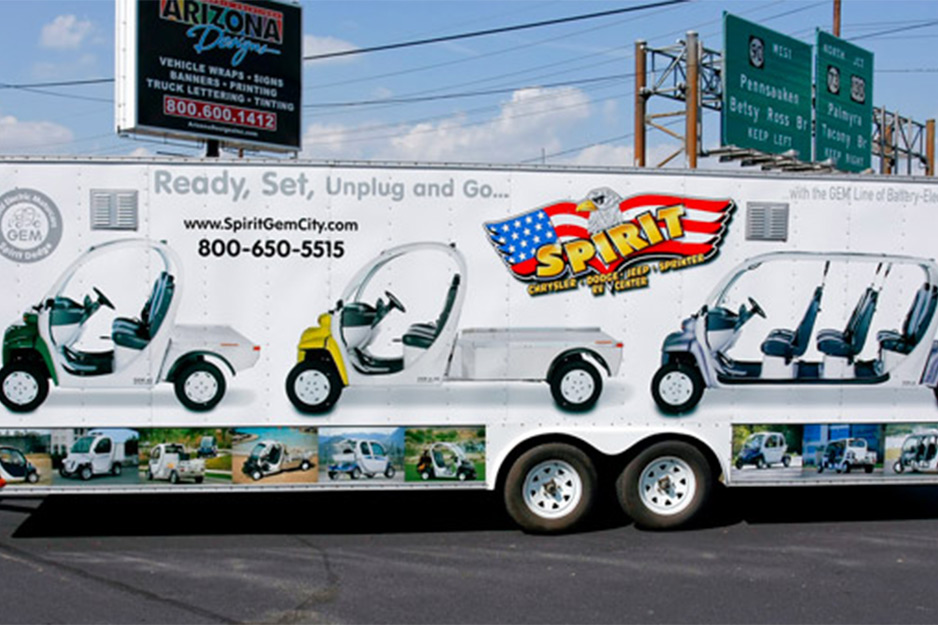 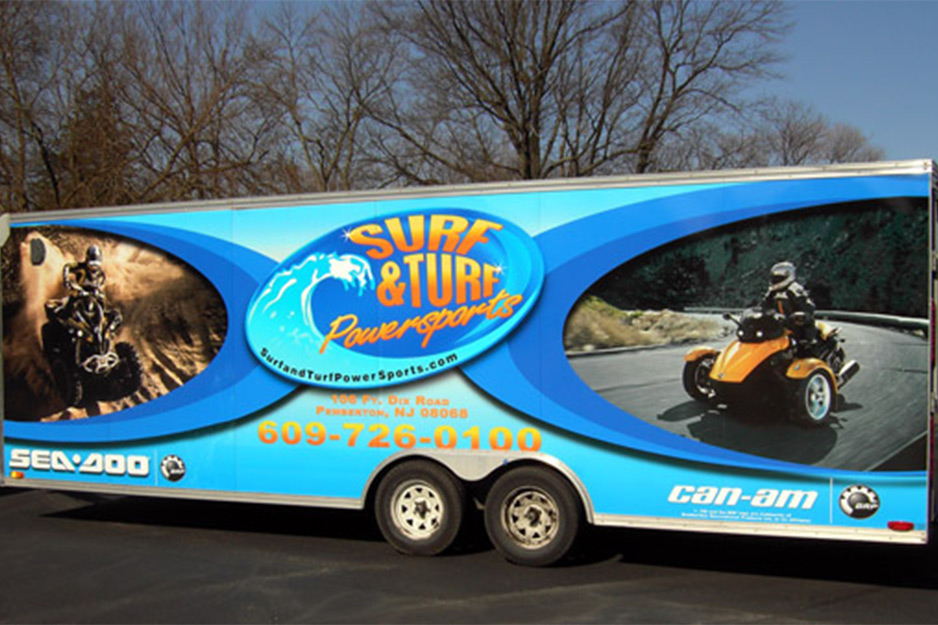 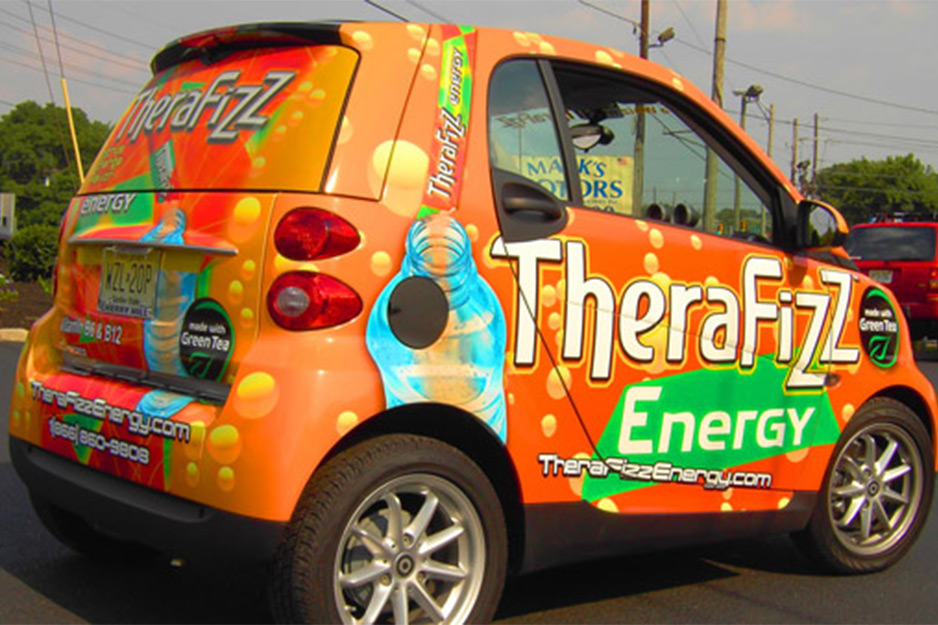 Arizona Designs, Inc. owner Jeffrey Chudoff dreams of one day setting up shop in Arizona, and all he'll need to do then is change his company's phone number. Until that day, however, his New Jersey firm is producing some of the hottest vehicle designs east of the Grand Canyon.

"My VersaCAMM is more reliable than a Timex watch," says Chudoff. "The print quality is outstanding, and the print & cut feature really saves us time."

Chudoff's designs have won awards in Sign Business's Auto Business section three years running. As a father of four teenage sons, however, Chudoff is especially proud of his work for the Maple Shade, New Jersey Drug Abuse Resistance Education (D.A.R.E.) program. He has donated his services to design and install vehicle wraps for seven D.A.R.E cars over the years, and the most recent design, which included graphics of flags and barbed wire, took home first prize in D.A.R.E.'s local competition.

Chudoff has been wrapping vehicles for 13 years, and his shop is known for providing flawless design, readable messages, and meticulous installation. To produce his award winning wraps and other digitally printed products, Chudoff relies exclusively on his Roland VersaCAMM SP-540 54" printer/cutter. He appreciates Roland's print quality and maintenance-free production capabilities. "My VersaCAMM is more reliable than a Timex watch," says Chudoff. "The print quality is outstanding, and the print & cut feature really saves us time."

Not only are Chudoff's designs good looking, they're good for his clients' business. A client who came to Chudoff for a partial wrap to advertise their cleaning service picked up their completed vehicle at 4 pm. on a recent Friday. By close of business Monday, the client told Chudoff he had landed two new commercial clients, whose gross contracts equaled the cost of the wrap. "Our wraps are an investment for our clients," says Chudoff. "And that investment pays dividends for their businesses."

Chudoff typically designs one of three types of wraps for his clients: a product awareness wrap, with no contact information; a wrap that solicits an action, e.g. "call for a free demo"; or a wrap that acts like a billboard, featuring the company's product line and contact information. "Each business is different, and we try to design the most effective wrap for each one," says Chudoff.

In the current economic client, he's seen his business shift from simple lettering to partial and full vehicle wraps. Chudoff offers his clients a range of wrap options, from door lettering to full wraps with photographic reproductions, designed to suit almost any budget. "People have realized the value of vehicle wraps. We've been told that a vehicle that travels 12,000-15,000 miles a year gets 80,000 looks a month," said Chudoff. "That's a lot of eyeballs on your business!"

Since the opened in 1985, Chudoff has expanded his staff to include another full time designer, two installers and an office manager. In addition to vehicle wraps, his shop provides full color banners, large format posters, trade show diplays, digital signs and graphics, floor and wall graphics, and canvas art and photo reproduction. He relies on Roland's ECO-SOL MAX inks to accurately reproduce colors. "We've printed everything from $100 bills to skin tones and we are really pleased with the color reproduction," says Chudoff. "The colors are long lasting and fade-free."

Chudoff recently completed a challenging "vehicle wrap" -- on a wall. A local orthodontist and NASCAR fan and showed Chudoff a picture he had taken during the third turn of a race in Charlotte. Chudoff enlarged the photo to create a 30' long floor-to-ceiling mural of racing cars on the orthodontist's concave office wall. "I figured if I can wrap a box truck, why can't I wrap a curved wall?" said Chudoff. The first wrap went so well, he then covered the convex side of the wall with a digitally printed photo of the racecars at the starting line.

Chudoff really enjoys seeing his work around town. "I see a vehicle that I wrapped or a sign I created, and I know it's helping that business do better," said Chudoff. "It's a great feeling."