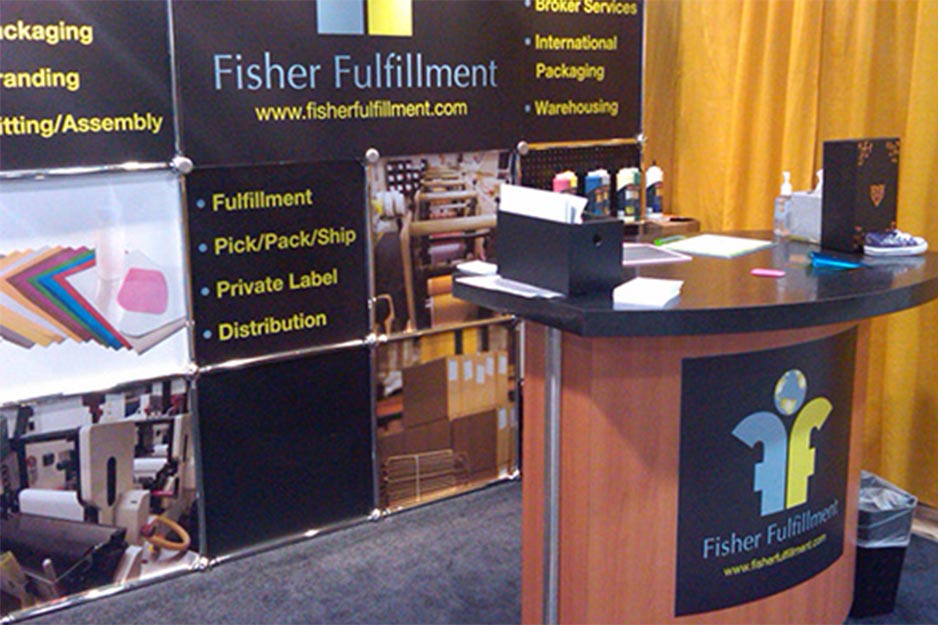 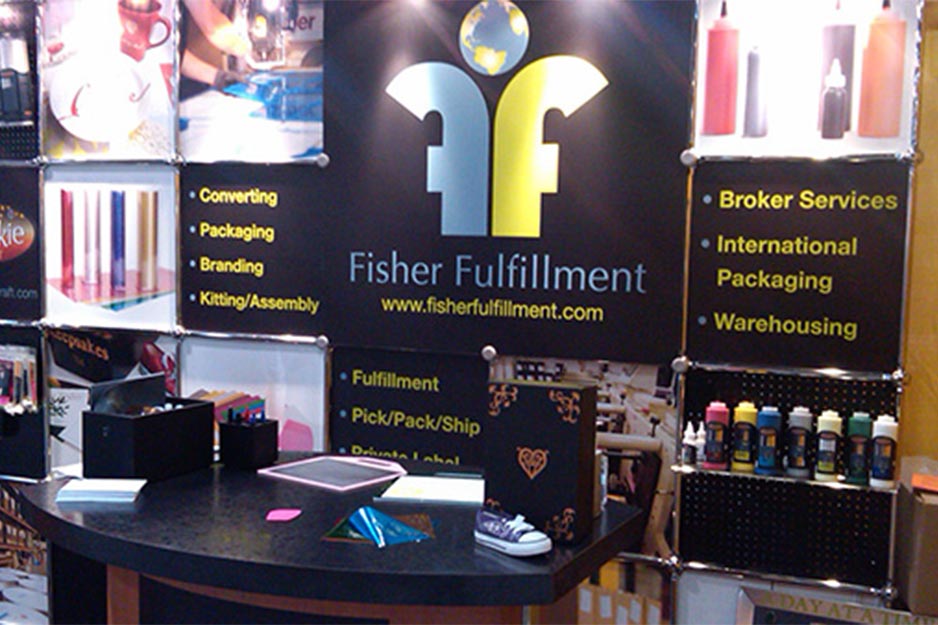 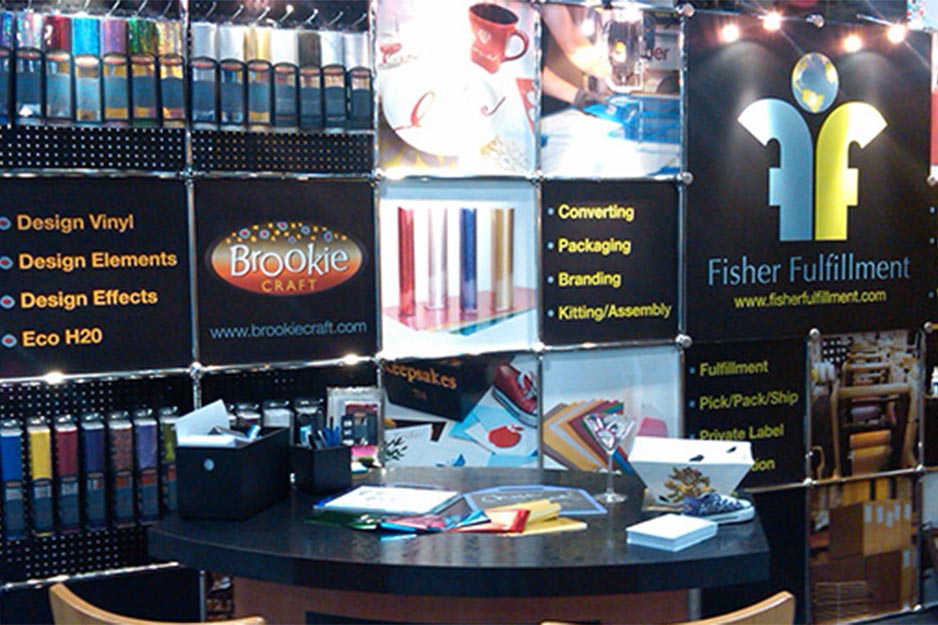 American Label of Salt Lake City, Utah, is a service bureau specializing in flexible packaging, kits, assembly of pack and ship, and label production for a variety of industries, including food and beverage, health and beauty and nutritional supplements.

Earlier this year, craft supplier Brookie Craft called on American Label to produce graphics and display props for its booth at an upcoming trade show. The trick? The show was only two weeks away, and the artwork hadn't been done.

"We're a narrow web company, so this request was way out of our typical range," said Thor Rasmussen, director of sales for American Label. Creating a single product demo sample on American Label's traditional presses could take as long as ten days.

"Fortunately, we had the Roland available," said Rasmussen. To augment its production environment, American Label had recently acquired a Roland VersaUV LEC-540 54" UV inkjet printer/cutter. "The VersaUV prints on anything, and with the large format, we can run even semi-rigid substrates right through the machine," said Rasmussen.

In all, it took a week to prepare the artwork, leaving less than five days to print the graphics and assemble the product samples for shipping to the show. Using theVersaUV, American Label was able to complete the job in three days. "A 72 hour turnaround is typical for our large production jobs, but there's no way to run these one-offs that fast except on the LEC," said Rasmussen.

In all, it took a week to prepare the artwork, leaving less than five days to print the graphics and assemble the product samples for shipping to the show. Using the VersaUV, American Label was able to complete the job in three days. "A 72 hour turnaround is typical for our large production jobs, but there's no way to run these one-offs that fast except on the LEC," said Rasmussen.

Part of the challenge for American Label was that some of the graphics required printing on a silver metalized biaxially oriented polypropylene (BOPP). "Not only could the VersaUV run the material, but it could print opaque white ink on it, which is really difficult to do," said Rasmussen. The remaining graphics were printed on a variety of other films and colored vinyls.

In addition to using a wide range of substrates, the project required several sizes of individual labels. They ran samples for two different boxed product lines, and within each were two sizes of labels, each requiring four or more different colors of vinyl. They also ran labels for four different sizes of bottles, with five to 10 different colors for the labels in each size.

"Labels are our specialty, but we typically do large runs of a single label on our presses," said Rasmussen. "Because we could print individual labels on the VersaUV, we could customize our printing for each of the samples."

Rasmussen also values the VersaUV's print and cut feature. Several of the labels for the Brookie Craft project were designed with a scalloped edge, which the Roland contour cut precisely. "We didn't have time to create a custom die cut for that edge," he said.

Since the labels were quickly produced, American Label was able to show their client the label as applied on the prototype boxes and bottles. "Changes were easy to implement, so our clients weren't forced to accept anything less than exactly what they wanted," said Rasmussen.

In the end, American Label was even able to provide graphics for one of Brookie Craft's customers who had also had a booth at the show. "We had some extra time, so we were happy to help out," said Rasmussen.

Originally purchased to provide cost-effective and accurate label prototyping, the VersaUV has become a go-to machine for other projects as well. The coatings and textures the VersaUV can produce have helped American Label generate specialized short runs for their customers. "For one client, we produced labels that had both the matte UV and the glossy UV on the same label," said Rasmussen.

American Label relies on Roland's VersaUV inks and has been extremely impressed with their durability. Before giving samples to customers, Rasmussen and his team subjected the inks to a variety of chemical tests. "The durability of these inks is outstanding. We've done extensive testing with a variety of chemicals, and they last beautifully. I've even tried scrubbing them off with MEK (methyl ethyl ketone)," said Rasmussen. Rasmussen adds that VersaUV's clear coat saves the additional production time and expense of lamination. "We don't need to laminate when we can just layer on the clear coat," said Rasmussen.

American Label has also used the VersaUV to print one-off items that enhance their service to their customers. They ran a small series of pocket folders to help one client prepare for a presentation to the FDA, and created textured decals for marketing collateral for another client. They have even produced unique POP displays, including one display that looks like a laboratory test tube holder. "We'll run anything that will lead to a label sale," laughed Rasmussen.

"You can create a box, a label, a prototype or a short run with the VersaUV to deliver a design that makes an impact and results that really wow the customer," said Rasmussen. "We now have services we can offer to a wide range of businesses. It has opened up so many opportunities for us."