Schellenberg Award Winner Raises Over $16,000 in Donations with T-Shirt Design 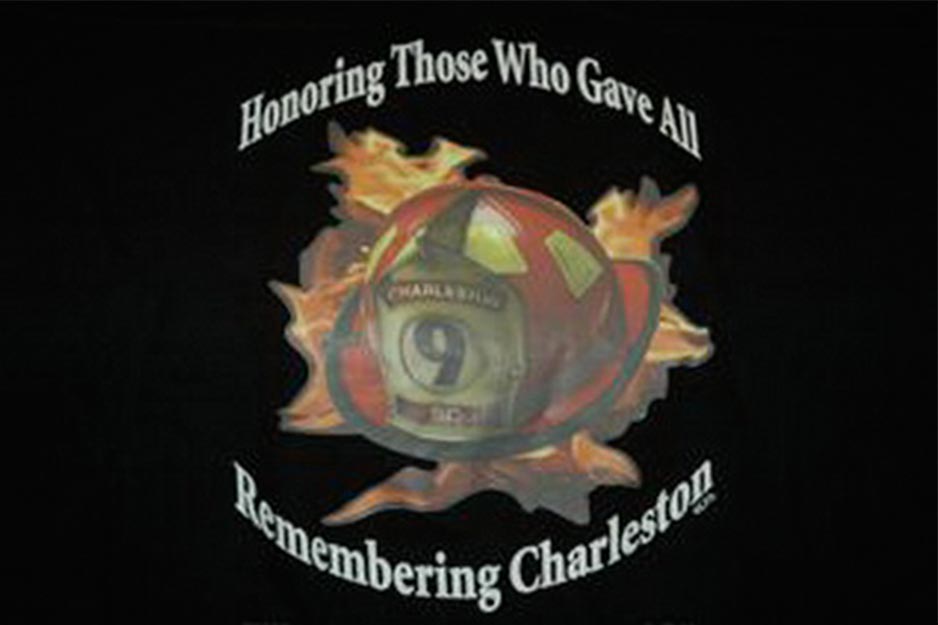 When Jeff Baldwin of Paradise Printers was contacted by a local fundraising organization he was compelled to offer his services to contribute to their cause. The Red Knights Firefighters Motorcycle Inc. Club Chapter 7 located in Almance County in North Carolina wanted to do something for the families of nine firefighters that were killed in Charleston, NC, earlier this year. The Red Knights are comprised of firefighters, active or retired, and are an organization with a foundation in social, charitable and educational activities.

Steve Lineberry, President of the Chapter 7 Red Knights presented Baldwin with the idea of selling t-shirts in order to raise money for the families. Baldwin, as a loyal Roland customer, knew immediately which Roland media would be required and thought perhaps Roland itself would also be interested in making a contribution to the cause. Shortly after Baldwin sent an e-mail to a Roland employee, two rolls of HTM media were delivered to his shop, compliments of Roland. For best results and ease, Baldwin printed the design on his 30" Roland VersaCAMM printer/cutter. Over 1,500 shirts were sold and the organization successfully raised over $16,000 for the families of the firefighters who had lost their lives serving their community.

"I felt like if we entered the t-shirts, it would bring more attention to the Red Knights and their cause."

The story continues when Baldwin entered the t-shirt in the 2007 André Schellenberg contest hosted at the Specialty Graphic Imaging Association's Expo in Orlando, Florida. Baldwin stated, "I felt like if we entered the t-shirts, it would bring more attention to the Red Knights and their cause." He added, "It was a good cause, helping out the firefighters."

Baldwin titled his work, "Remembering Charleston," and it won the digital printing category for dark, finished garments. So indeed, Baldwin achieved what he set out to do – to help bring attention to a worthy cause.