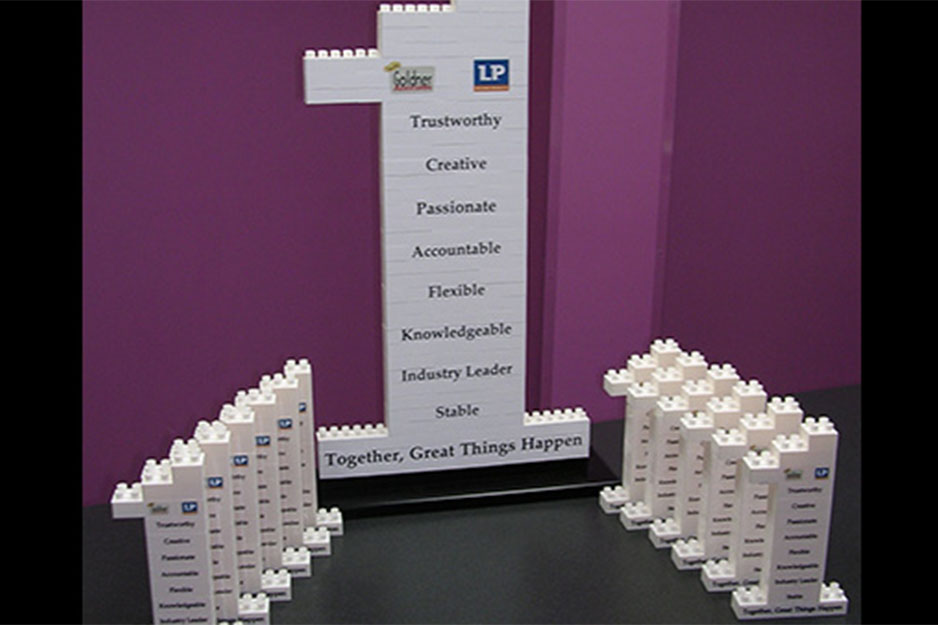 Gregory Johnson, president of The Imagery Group, Inc. knows a thing or two about building number one. "It's one of our best-selling items," said Johnson.

"We've lost opportunities in the past because we didn't have metallic capability. With the VS, we are prepared for the future."

The Imagery Group, based in Nashville, Tennessee, manufactures wholesale promotional items such as decals, banners, domed badges and Promo Blocks, clickable plastic blocks that form dozens of shapes, including their most popular number, one.

In addition to their two VersaCAMM SP wide-format color printers, The Imagery Group recently invested in a VersaCAMM VS with white and metallic ink printing capabilities. "We've lost opportunities in the past because we didn't have metallic inkjet ink," said Johnson. "With the VS, we are prepared for the future. "

The VS's metallic ink printing saved a recent job for The Imagery Group. They were initially running labels for a client on a brushed silver material, however the silver wasn't visible in a recessed area of the label. "We re-ran the job using silver ink and it came out perfectly," said Johnson. "The silver inkjet ink is an extra arrow in our quiver. "

The VS has helped The Imagery Group maintain its pricing even in a changing economy. "The VS prints amazingly quickly," said Johnson. "We have not had to raise our prices because we've been able to improve our production speed. "

Recently, a distributor approached The Imagery Group asking for an eye-catching symbol around which to build his presentation. Johnson suggested using Promo Blocks to "build" number one while incorporating the client's logo and appropriate text. To create the project, Johnson's team constructed a 27-inch tall number one, then printed a large decal on the VersaCAMM. "Doing a one-off job like this with our screen printers would've been cost-prohibitive," said Johnson. "Our client was delighted, and used the customized Promo Blocks to literally build his case. "

The Imagery Group is expanding their decal line to include metallic imprints. "The process for running metallic ink is simple," said Johnson.