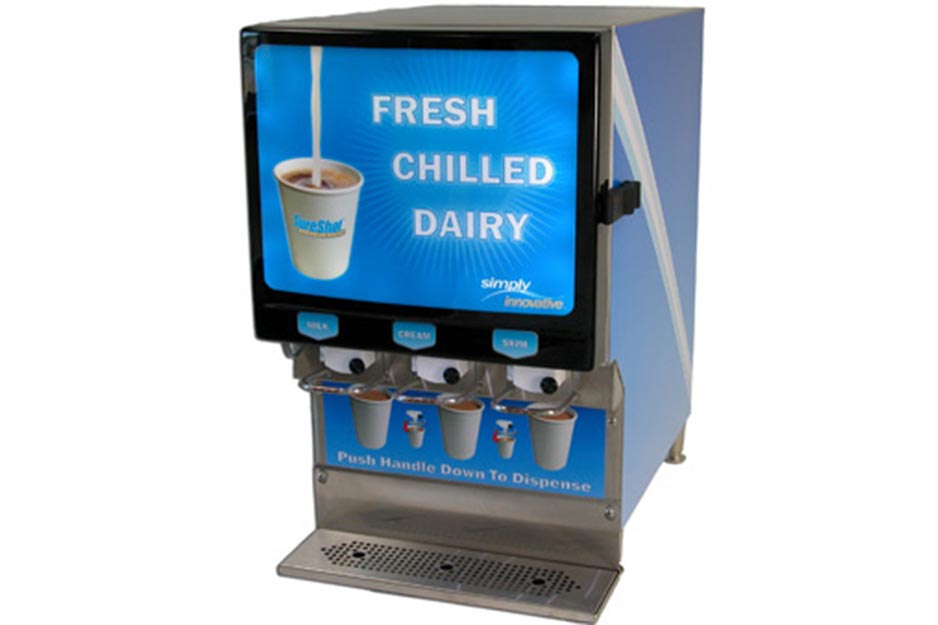 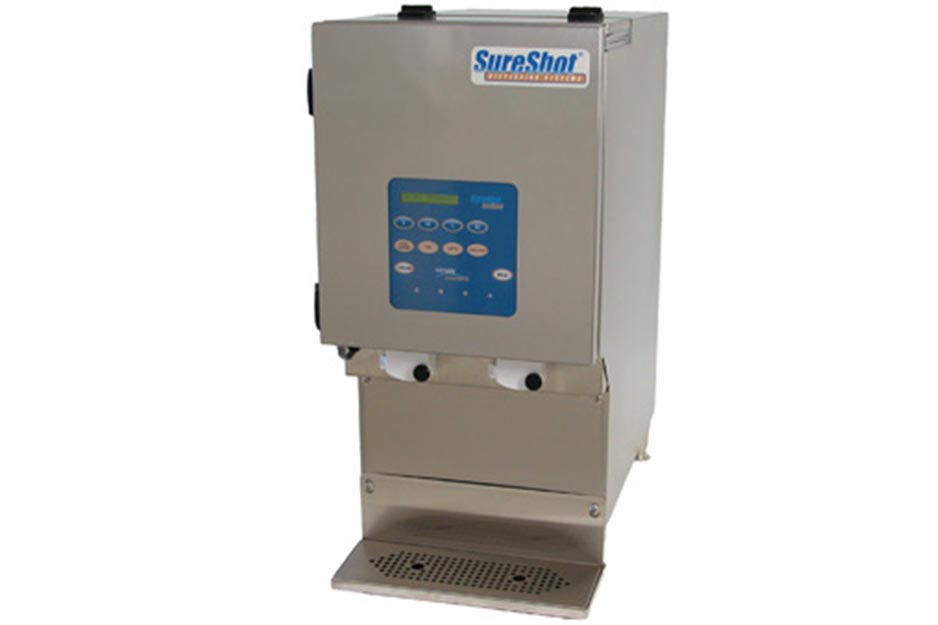 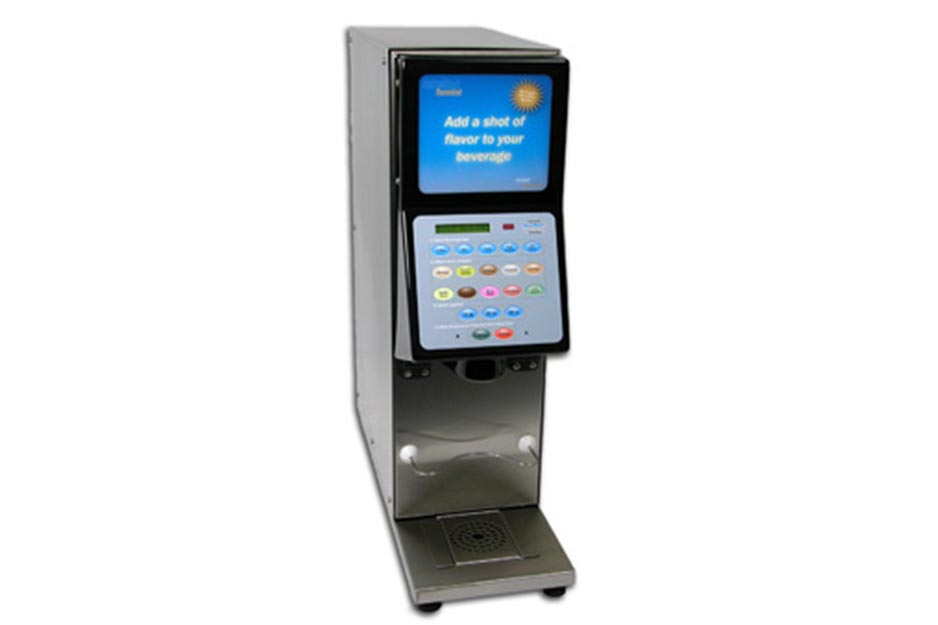 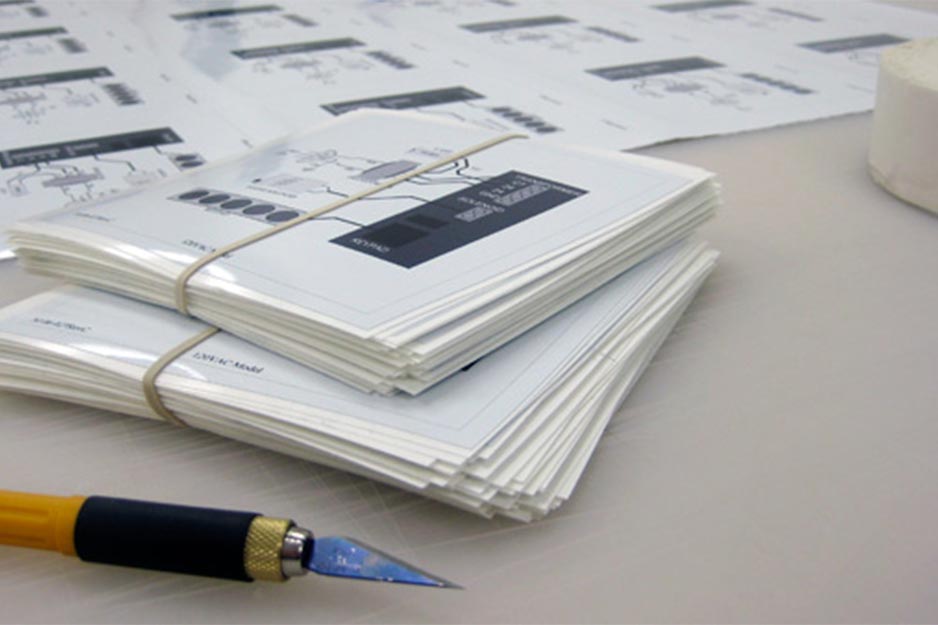 The way Jon Cyr tells it, he got into digital printing purely by accident. In 2006, an injury in the metal fabrication department of SureShot Dispensing Systems left Jon considering alternative career options. He’d always been creative, and his managers supported retraining him in graphic design.

The change came at an important time in SureShot’s business life. The Canadian manufacturer provides dispensing machines to several large quick service restaurant (QSR) chains, as well as gas and convenience stores throughout Canada and the U.S. To integrate new technologies, SureShot had decided to switch several of its machines from piezo channel activation buttons to capacitive sensing buttons, which are similar to the touch screens used on many other devices. SureShot’s Engineering and Product Development teams were trying to develop a way to manufacture graphics for their dispensing lines which could be customized for each client, would adhere to the lexan panels, and would stand up to the number of button presses required over the lifetime of a dispenser.

At first, the company tried silk screening to design graphic representations of the button function, but the set up and scrap costs and the inability to use color on top of the screens or produce certain complex effects and gradients proved limiting. The next idea was using high quality photo prints, but because the photos weren’t adhered to the plastic cover, static charges would build up and cause more than one button to activate.

Jon then proposed that the company use digital printing. With his Roland dealer’s assistance, he created a process for reverse prints backed with white laminating film that he applied to the inside of the lexan window. This set up was also adhered to the PCB using double-sided transfer adhesive.

Initially, Jon did all the design work and the printing was outsourced, but delays in delivery and the high cost of outsourced production led Jon to make a proposal to his management. “Based on interviews with our suppliers and my own research, I decided to recommend we purchase the industry standard - a Roland VersaCAMM."

“I design in Adobe Illustrator and Photoshop and I had zero experience with RIP software,” said Jon. “I started up VersaWorks and within a half day I was RIPing my own designs.”

Jon drew up three scenarios, each of which showed that purchasing a Roland VersaCAMM SP-300V digital printer/cutter would pay for itself on sales demos alone in less than 18 months. Needless to say, management approved his recommendation.

When SureShot purchased the VersaCAMM, Jon was given a tutorial by his Roland service representative and then began teaching himself about the printer/cutter’s capabilities. “I design in Adobe Illustrator and Photoshop and I had zero experience with RIP software,” said Jon. “I started up VersaWorks and within a half day I was RIPing my own designs.”

“The print/cut feature of the VersaCAMM makes it an ideal machine for our business,” he added. “When we were outsourcing, a single design could take a week or more from start to finish. Now, I can easily design, print and cut in a day.”

SureShot Dispensing manufactures four base models of dispensing machines for the food service industry, each of which can be customized to dispense a specified amount of liquids, syrups or powders. How the designs are customized also depends on whether the machine will be used behind the sales counter or for self-service by customers. “Being able to provide customized panels for our clients gives us a huge competitive advantage,” said Jon.

The final step is precision contour cutting. Jon relies on the VersaCAMM’s print/cut technology to correctly align the 6”x6” panels. “Precision cutting is critical because of the mechanical aspect – the buttons have to align in order for the LEDs to function,” said Jon.

As Jon has become more familiar with his VersaCAMM, he has discovered multiple uses for its technology. “The original asset was the button panels, and now we also do backlit displays and product loading job aides,” said Jon. “I’ve also designed several safety posters because I know how important job safety is!”

To improve his skills, Jon recently attended Roland’s Color and Productivity Workshop in Rhode Island. The productivity course teaches increased efficiency through maintenance and job nesting, while the color management course provides professional guidance on using Roland Color, a unique color system that ensures spot color fidelity. He said, “The workshops were great. I found it really helpful to learn from the professionals and listen to the real-life experience of my colleagues in the field.”

SureShot has found many uses for its VersaCAMM that have helped save the company money and time. “If we have a tool that’s so powerful, why not use it?” said Jon. “On job aides alone, we saved the company over $16,000 in six months."