The Sky's the Limit with Roland 3D Scanning and Printing Technology 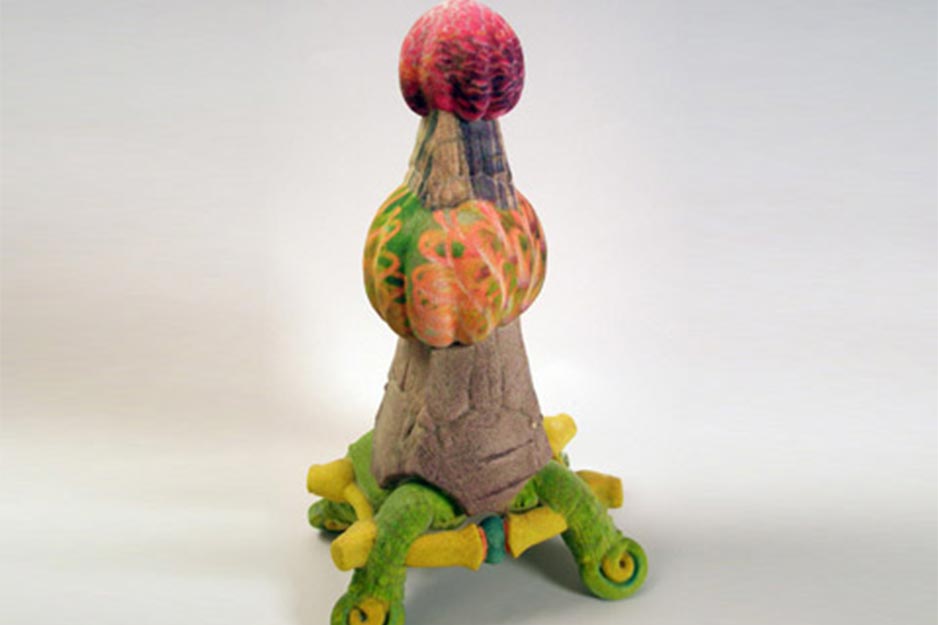 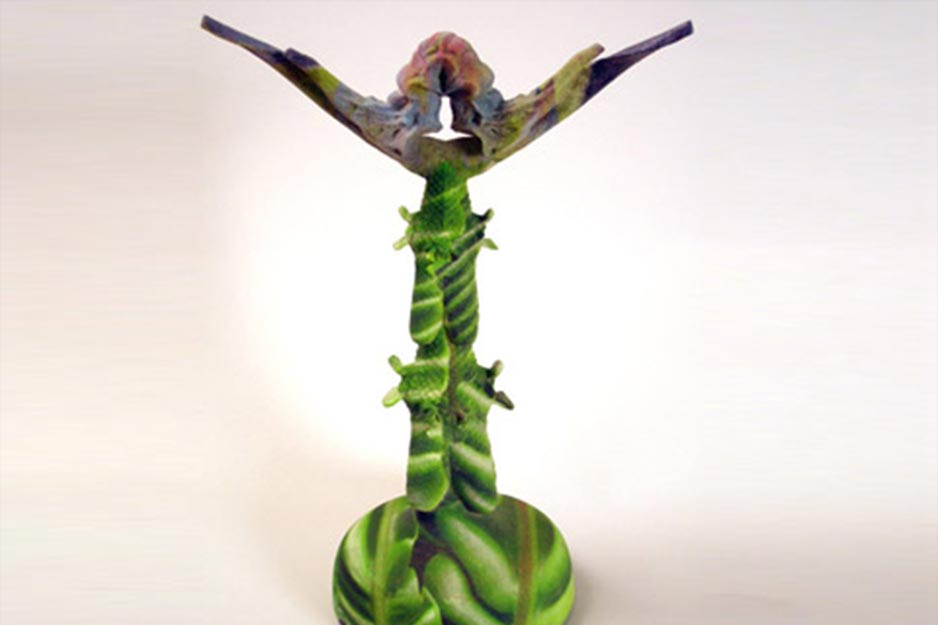 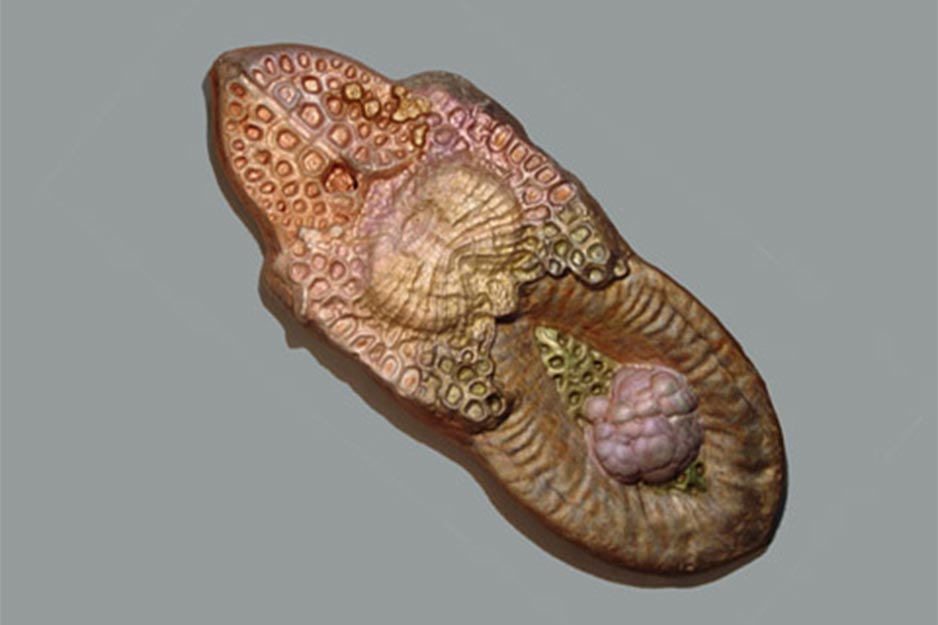 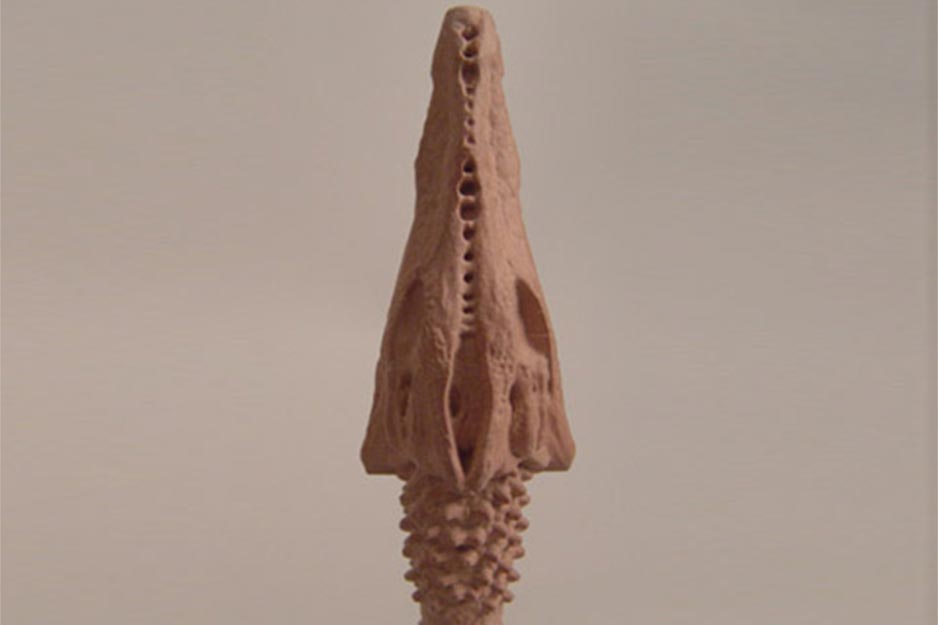 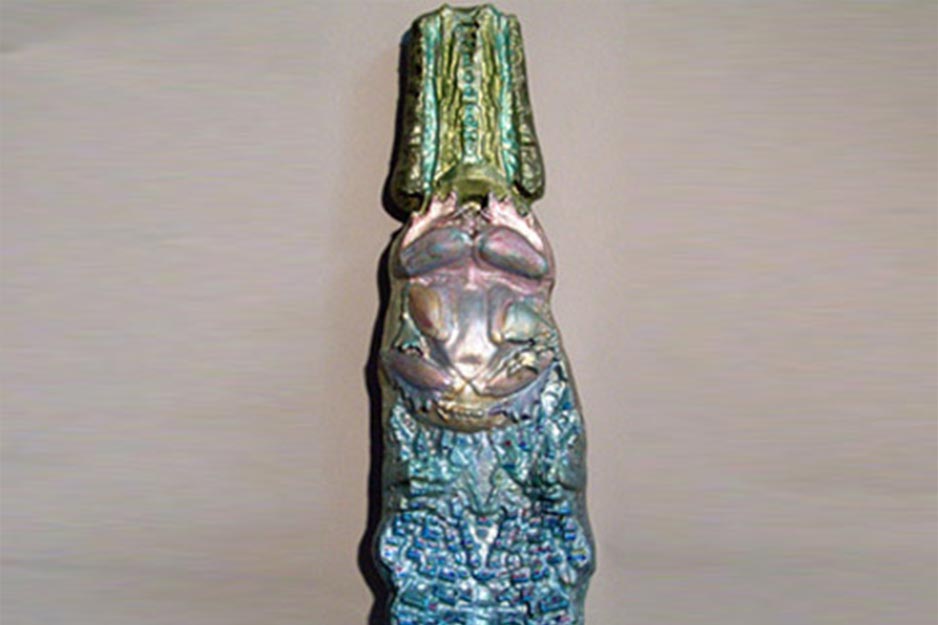 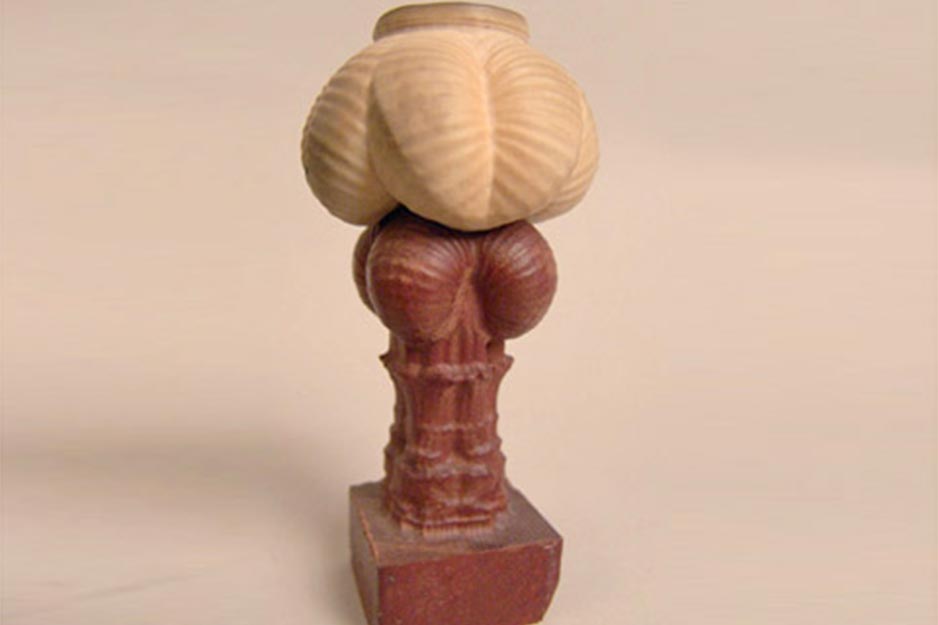 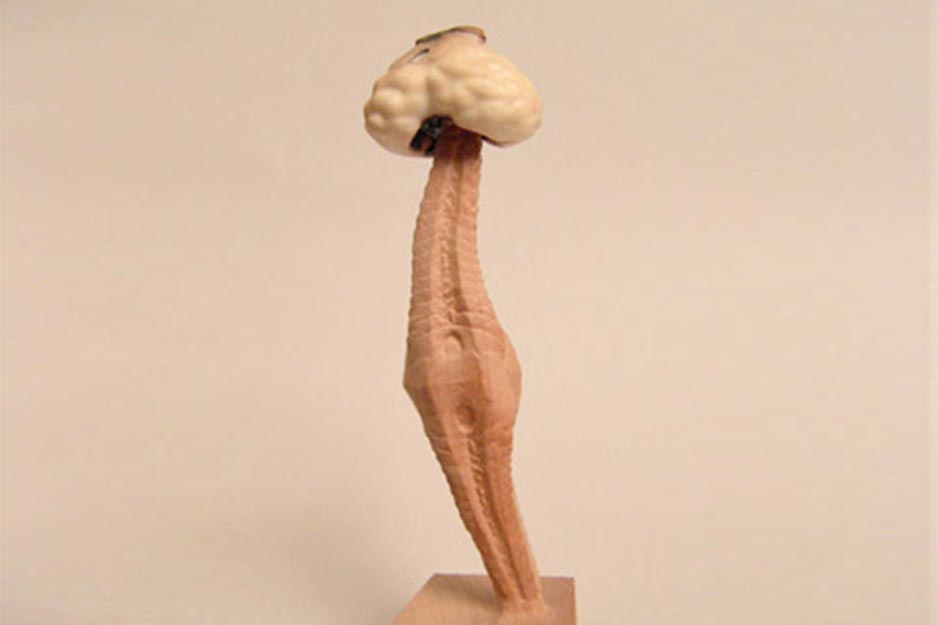 Sculptor Andrew Werby has been in on the merging of art and technology from the beginning. In the late ’70s and early ‘80s, he and several like-minded artists began the Juxtamorphic art movement, using molds to capture natural forms and manipulating them by cutting wax castings apart, then welding them together in new configurations. In the 90s, Werby went digital, using early versions of Photoshop® and, later, Rhinoceros®, to combine objects in 2D and 3D in a variety of styles and media, creating synthesized works of art.

Werby has an extensive art background, studying sculpture, ceramics and bronze casting as a design major at UC Berkeley. While there, he regularly visited the anthropology, geology and paleontology departments to take molds of their specimens. These molds formed the nucleus of his mold collection, and he became interested in new ways of combining them. After graduation, he set up his foundry and began using his molds to create sculpture, ceramics, jewelry, architectural hardware, and various art objects. As scanning and modeling technology advanced, Werby followed its progress eagerly, incorporating new equipment as his budget allowed.

Today, he says, the technology has finally caught up to his imagination. “It was a real ‘Eureka’ moment for me when I got my first scanner and could manipulate the CAD forms to make them larger or smaller, or flip them and reverse the patterns. Then I could really begin to meld objects in various unexpected ways.”

"It was a real ‘Eureka’ moment for me when I got my first scanner and could manipulate the CAD forms to make them larger or smaller, or flip them and reverse the patterns. Then I could really begin to meld objects in various unexpected ways."

Werby’s studio now features a Roland LPX 3D laser scanner as well as Roland’s MDX 15 and MDX 20 scanning and milling machines and an MDX-40 milling machine. He sells his art through United Artworks, a company he founded with other artists to provide custom sculpture service. In 1998, he turned his acquired technology expertise into an online business, ComputerSculpture.com, where he offers advice and sells products to artists interested in computer-assisted design. He also writes a blog where he describes how the latest advances in 3D scanning and milling technology are being used by artists worldwide.

To design and create a sculpture, Werby begins with a natural object, such as a bone, fossil or fragment of bark. Depending upon his sculptural design and the size of the object he is working with, Werby scans it using either a Roland LPX 3D laser scanner, which allows him to generate a detailed, high-resolution 3D model of the object, or his MDX-15/20, which uses Active Piezo Sensor Scanning technology to collect 3D data from the object’s surfaces. After the scanners digitally capture all the texture of the objects, the data files are transferred directly to CAD/CAM software where Werby can manipulate them to design the sculpture. The final data are then input into his MDX-15/20 or MDX-40 subtractive rapid prototyping milling system, which carves the sculpture.

Lately Werby has been carving boxwood, which he says is the best wood for retaining detail. To simplify the carving process, he uses the optional rotating axis on his MDX-40 to carve all the sides of his sample in one milling run. He then mounts the wood in a bronze or stone base and uses another material at the top, perhaps a carved piece of vegetable ivory. “The machines allow me to mix in varieties of materials that are not optimal, or even possible, for casting,” said Werby. “The sky’s the limit. Now I can carve with the same fluidity as casting.”

Werby also uses his machines to create positive forms of various objects in hard wax, then uses the positive form to make a mold from silicone rubber. The many objects he has scanned over the years form a digitized library of surfaces which he can use to create additional molds or sculptures. “I tend to think of the surfaces as abstract units,” said Werby. “If they don’t seem to really want to hook up, I can scale or distort them to make it work. I can use anything from a mountain range to a trilobite’s eyeball.”

The results are stunning. Werby has exhibited his work nationally and internationally, and sells his pieces to private collectors. “At the moment, I’m restricting myself to working with natural forms and images,” said Werby. “With the 3D technology, I feel I have vast power at my fingertips. Now I just have to find more time!”